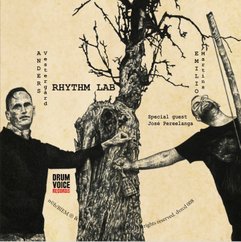 Anders Vestergård & Emilio Martins Rhythm Lab is a drum and percussion duo improvising rhythms and grooves on a given structure often within a given rhythmic framework. The music is dynamic and intuitive with strong elements of African and Brazilian music performed with a jazz approach to improvising. While most of the pieces have a strong groove some of them are more experimental drawing on a more abstract rhythmic landscape. On this their first release they are joined by the Congolese singer José Pereelanga who is featured on two of the songs. 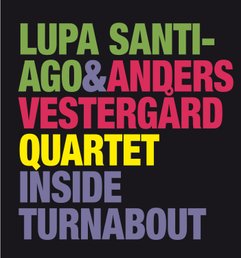 Inside Turnabout is the second album of this partnership recording modern jazz with compositions by both leaders. The first one was Lisbon Sessions recorded in Europe with mostly European musicians except Lupa, Ronan Guilfoyle on bass and Michael Buckley sax, both from Ireland and Gonçalo Marques trumpet from Portugal.

This new record, Inside Turnabout, was recorded at Sunnanå Studios outside Malmö, Sweden in February 2017. It was supposed to be a second tour of the first album but ended up being a new group with new compositions from Anders, Lupa as well as the Brazilian sax player Rodrigo Ursaia. Rodrigo has a long partnership with Lupa, and a cd recorded with a Quintet. Anders listened to this work and found the identification of Rodrigo’s sound with his compositions. Both Brazilians were touring in Europe and this was a good chance to experiment with a new group and new repertoire so Anders called the great bassist Mattias Hjorth. Mattias has an amazing groove and deep knowledge of the contemporary jazz language and added a lot to the recipe.

The result is an album with very fresh compositions, challenging harmonies and different grooves mixing latin, Brazilian, and hybrid rhythms – an open invitation for the listener to dive into! 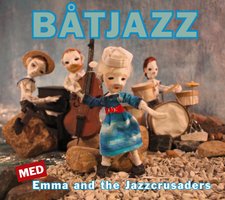 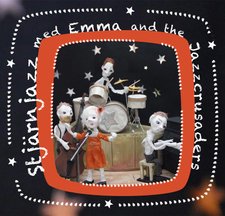 At times everything feels like a black hole, other times you feel like a supernova. How does it feel to fly in the sky on a lovely summer day, to hug somebody hard or to need comfort on a lonely evening? The record consists of original tunes that take you on a swinging, poetical and musical journey. 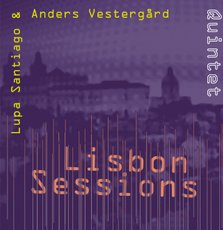 The dvrcd 004 is a collaboration between Anders Vestergård and the Brazilian guitar player Lupa Santiago. Lupa Santiago & Anders Vestergård Quintet comes out of earlier collaborations both of us have done with the other musicians on different occasions playing in Brazil, Sweden, Ireland, Portugal, Denmark and South Africa. When meeting in Denmark 2013 we set up the plans to make a record together and contaced the other musicians which eventually led to a week of playing and recording our music in Lisbon 2014. It’s all original music composed by both of us. We wanted to create music characterised by strong melodies, rhythmic creativity and dynamic interplay with improvisations that could go in any direction. 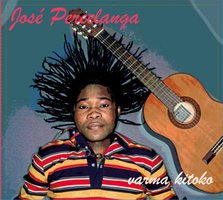 We are very proud to present our third release on drumvoice records, José Pereelanga! José grew up in Kinshasa, Congo. His voice caught the attention of Madilu, singer in the legendary Congolese guitarist Franco's band, and Jose ended up touring all over Africa with Madilu System. Later on he also worked with Papa Wembe and was for many years the lead singer of the world famous group Zaiko Langa Langa. Now José is living in Malmoe, Sweden and this is his first album in his own name! 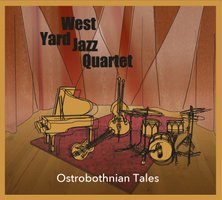 Our second release dvrcd 002 is Anders Vestergård's Finnish/Swedish project West Yard Jazz Quartet  with the titel Ostrobothnian Tales. The record will be officially released in the autumn of 2014 and contains original compositions by Anders and fellow musicians Niklas Winter and Mikael Jakobsson. The line up is Anders Vestergård-drums, Niklas Winter-guitar, Mikael Jakobsson-piano and Johnny Åman bass. 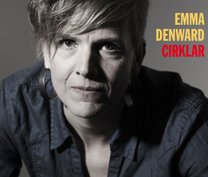 We proudly present our first reslease ever, dvrcd 001 Emma Denward's Cirklar. Emma has written all the lyrics and most of the music for the album. Her voice is dynamic and very musical. Sometimes it tells a story, sometimes it's used as an instrument among others. She's managed to crate a personal band sound where her voice as a singer and composer/lyricist can be heard.